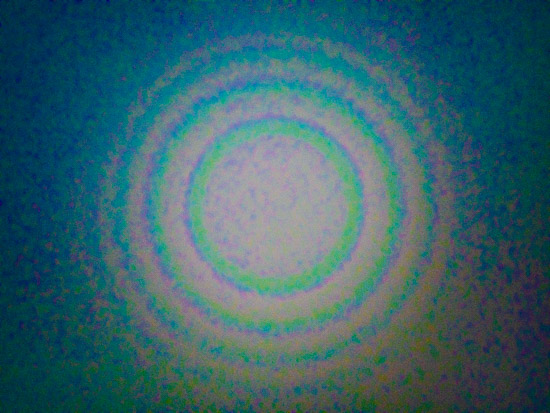 I recently posted about using shading compensation…you can read about it here.  I basically also recommended to leave it on all the time.  I had some readers point out that there has been some controversy about this option and that it creates image quality issues and artifacts.  I had never encountered this, nor heard anything surprisingly so I did my research.   (and thanks Stephen for sending my some files!)  Apparently shading compensation would create these ugly ring artifacts in the middle of the image and make your image horribly unusable.  How could it possibly be that in the last 80,000+ images at least I have made on these cameras…I haven’t once run across this.  It made no sense to me.  Well I dug deeper and sure enough… I FOUND THEM!  The horrible nasty problem that plagues the OMD sensors.  Scary stuff.  Not quite.  Let’s take a look at this with some reality goggles on.

Trippy stuff.  Look, all three generations do it!  The E-M1.1 is even kinda squared!  OMD engineers must have been spiking the water cooler.

Now, I was very surprised to get this.  I mean… how could I possibly miss this in so many images I have shot on these cameras.  Not once have I EVER seen this… and I have always had Shading Comp turned on for every single image.

So I shot these test files on an explodisc which is basically a perfect grey card that you backlight.  You get a nice clean image.  Great for finding dust too.  Anyways… I shot these at -2 exposure and brought the files into lightroom and stretched them.  Basically added back in +2 exposure, and 100% clarity, dehaze, vibrance, and saturation.  Just to really see the patterning.  I almost hope we don’t actually process images like that normally…

Anyways… Here is another set of files from the E-M1.2.

So what do we see in this series of 4 images?  The first two files were shot at -2 exposure and stretched like I mentioned before.  The second two were shot with a +2 over exposure and they show nothing.  Weird.

So obviously the next test is to test each exposure level.  Again, each file is shot according to its listed under exposure and then brought up +2 exp in lightroom as well as 100% clarifty, dehaze, vibrance, and saturation.  This series is from the E-M1x…but it doesn’t matter…all the OMD cameras seem to behave the same.

So this is interesting.  The more under exposed the image…the more readily we can see the pattern when boosted.  Even at 0 exposure there is slight visibility…but super slight.  Barely noticeable at all.  You have to really know it’s there.

So next I thought… what about ISO?  Let’s take a look what happens.

So either the noise is masking the pattern, or the patter only exists at low ISO.  Doesn’t really seem to matter.

Here is what I think.

These two images are the same exact image image.  Literally they are the same image.  Except I have edited the top image to how I would a typical image…but boosted anyways to make it interesting.  This image is +3 exposure boosted, -39 highlights, +47 shadows, +25 contrast, and +100 clarity.  Shading compensation on.  The bottom image is the same image with 100% dehaze, saturation, clarity, and vibrance.  Yet only a +2 boost in exposure.  Nothing done to highlights or shadows.  You really have to force this pattern out with some pretty extreme pushing.

If the top image is what I end up with… honestly, I feel it is a non-issue.  If you are actually exposing your images properly you have nothing to worry about.  If you are routinely underexposing your images by 2 stops or more and then boosting them… AND boosting saturations and dehaze by heavy amounts… you might have an issue.  Then again…if you are doing that…you might have other issues in your file to deal with as well.  Even this file is boosted +3 in lightroom and I can’t see anything.  I honestly don’t care what the sensor is doing underneath…my end goal is an image that meets the need of my client, or meets my need as a photographer for online images as well as printed images.  And honestly, I have never once had an image even remotely affected by this in a way that it didn’t meet my goals.  Nor did it even draw my attention.

At the end of the day…I think this is just a non-issue.  I completely stand behind my recommendation of using shading compensation.  If for some reason you are in a situation where you MUST underexpose by 2 stops or more and THEN stretch the file…  (astrophotographers maybe… and that’s a stretch!  pun intended…)  Then maybe turn it off for that use.  Otherwise…I think you are clear to shoot as normal, and expose images the way you would.

Then again, have you experienced something else?  Please let me know!  I would love to hear some counterpoints to this that actually translate to real world scenarios.  Let me know!